Support Fund for the Populations Affected by the Fires 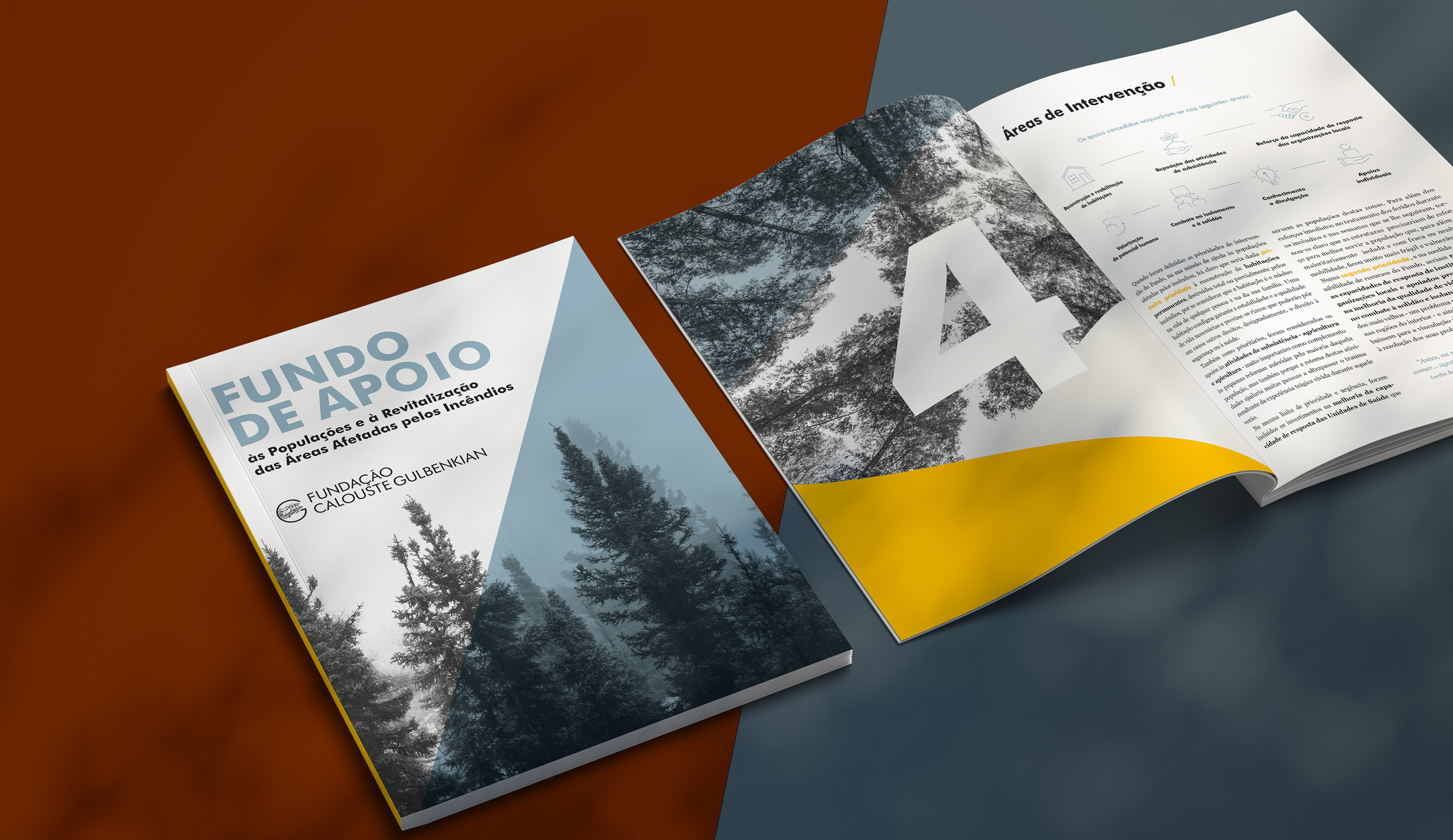 The fires that occurred in Portugal in 2017 were particularly tragic, with severe human and material losses. Following the fire between 17 and 23 June 2017 in the Central region, an unprecedented support movement was established in Portugal, with several institutions, companies and anonymous citizens joining forces and showing a willingness to support the victims of that tragedy. The Calouste Gulbenkian Foundation immediately provided €500,000 from its own funds to support the affected populations and was subsequently asked to manage the funds provided, for the same purposes, by various citizens and businesses. The approved investments and support were organized in the areas of housing reconstruction, replacement of losses in subsistence activities, strengthening of the capacity and quality of social responses at local and regional level, enhancing human potential and combating loneliness and isolation. This brochure summarizes the investments made in each area. 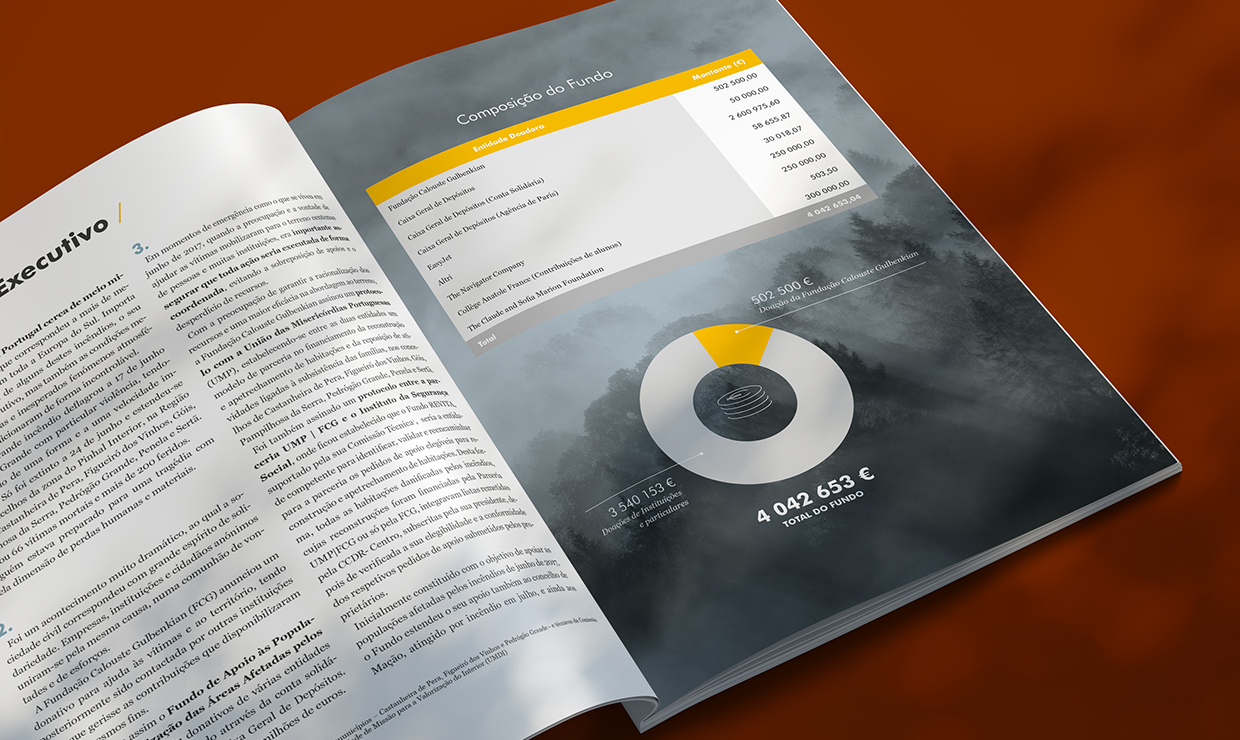 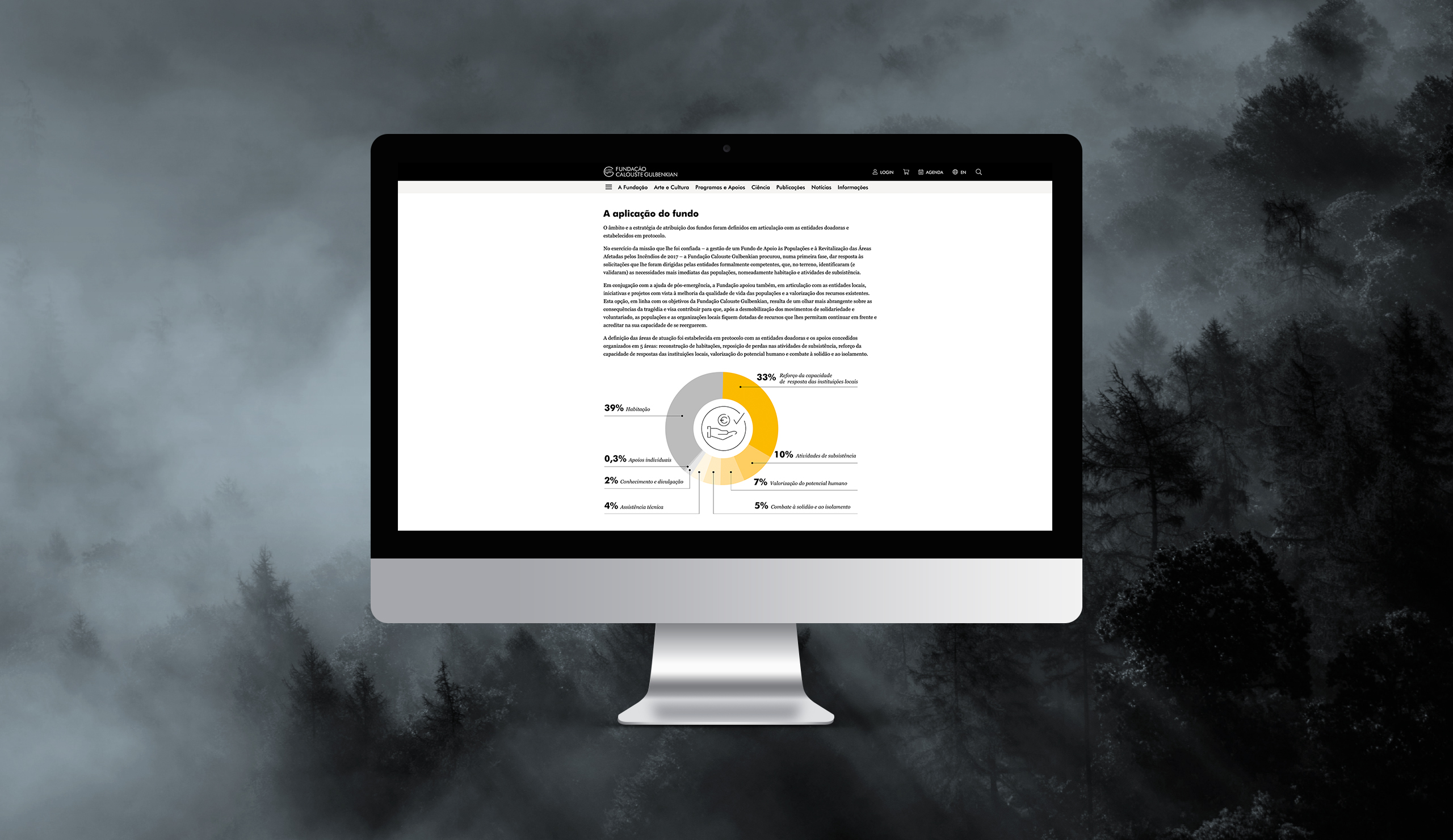